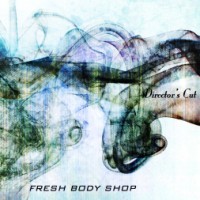 French alternative acoustic indie rockers are at it again for the eighth time! Director’s Cut from Fresh Body Shop is their eighth release since they first started. Although information for the band is relatively scarce, their music simply speaks for itself.

Most of their albums have heralded positive reviews from listeners and critics. Thanks to the bands fresh take on alternative acoustic rock, their tracks are not tough to love. Their album The Ugly Army garnered praises for its electronic, industrial rock sound. On the other hand, prior to this, the band released Draw the Circle which also received rave reviews. With Director’s Cut, it’s won’t be long until praises for the album pour in.

Fresh Body Shop is essentially the one man band of, Pedro; he mans the vocals, guitar and composition aspect of the music. As for live performances, he enlists the help of Oli on bass; Djenf on drums and Francois on keyboards. The band was originally set up as an acoustic project back in 2006 by Pedro. But the following year, Oli, Francois and Djenf joined him and they started to perform live gigs. They toured all over France and gained notoriety among the indie scene as they kept releasing their music for free online under a creative commons license. Their album, “The Ugly Army” paved the way for the band to be signed into Magnatune but they still have discretion to release their music for free under a cc license. Although the band prides collaboration, majority of the music is sung, recorded and written by Pedro.

Director’s Cut is also released for free on Jamendo and contains 11 acoustic rock tracks that essentially showcase the Fresh Body Shop vibe. Although the album is less industrial sounding and contains an enhanced acoustic feel, the vocals and overall sound still rings true of the band. Tracks like Voodoo Doll still exhibit the sweet, grungy vocals from Pedro which made all the other albums easy to listen to. The guitar work and drumming is still pretty solid as well. Moreover, the mellow acoustic beats make this a fun album to listen to while hanging out in your pad on a lazy afternoon.