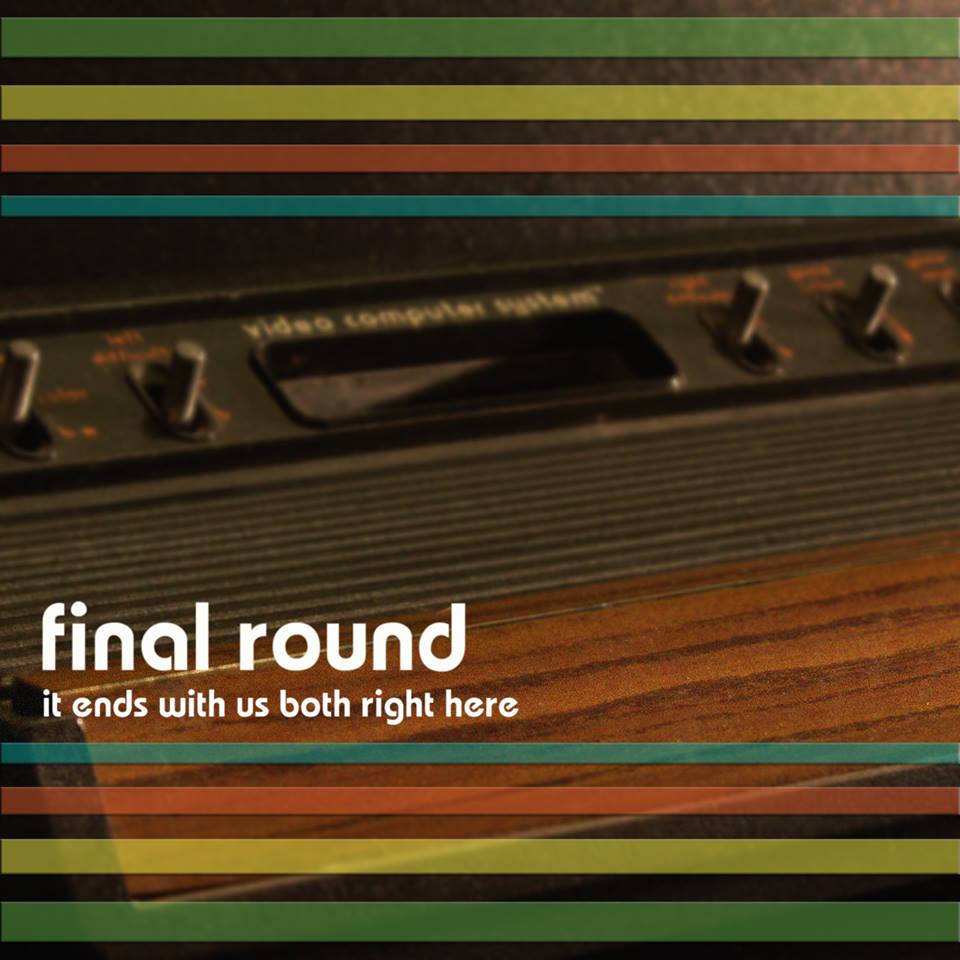 Final Round: It Ends With Us Both Right Here EP

As much as punk purists may miss the late 70s when branding yourself a “punk” wasn’t a trend but a declaration of brash rebellion that could quite probably get you beaten up, the new wave of “pop-punk” comes with its own set of charms. It is understandable why marrying the aggressively defiant vibes used before by The Sex Pistols and Misfits to voice their anarchy with glossy pop-ism may seem blasphemy to many, but the movement has a fair share of followers.

The music of Final Round from Chicago is a head-on homage to the early pop-punk style brought about by Blink 182 and MxPx. The band’s catchy hooks and playful melody drive their sound while guitarist and frontman Matt Hampson’s bright progressions and sharp leads make the EP qualify as head-banging material.

The bulk of Hampson’s lyrics deal with the standard teenage emotions of love and friendship and he stays simple and sweet through most of the record. For instance “Let’s lose fear and never want it again/ I’ll be your friend” from Sparks, which is also the EP’s most energetic track.

The band, however, saves the best song for the end. Cover’s sweet blend of guitar and piano, accompanied by Hampson describing his love for his beloved brings the EP to an adorable ending.