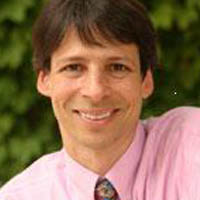 Mathematics is really hard, right? Well, maybe not for Arthur Benjamin. In one TED Conference, Arthur demonstrated that math, no matter how many numbers and operations involved, can be done in just a snap of a finger. He doesn’t only love math, he also loves magic. Adding both together, Arthur came up with a very wonderful science, “Mathemagic.” “It makes math fun and interesting,” Arthur testifies on that and this video is actually a proof of his passion to make people see numbers and operations differently and not as the traditional curse bearer in grade sheets.

Arthur Benjamin is known for his ability in solving Math mentally – no any cheat sheets, scratch papers, and calculators. He’s one of the authors of the books, “Proofs That Really Count: The Art of Combinatory Proofs” and “Secrets of Mental Math.” He is also a writer for the magazine, “Math Horizon.” He actually finds joy to perform his special skills to people. He is obviously intelligent and viewers should also give him credit for having a strong showmanship.

In this video, he exemplifies how he can beat the calculator for answers to several Math problems. One of the best performances in TED, Dr. Benjamin blew not only the audience, but also the four walls of the auditorium. Every answer was like aimed bullets that hit the target accurately. He’s actually a total performer, he has a great humor, which really helped the audience to relax tensed brain cells. With his extraordinary skills and passion, Dr. Benjamin was given a standing ovation by the audience – and yes, he really does deserve it.

It’s not every day that you meet a math wiz. Dr. Arthur Benjamin’s performance is truly jaw-dropping and very inspiring. Licensed under Creative Commons and offered as a free video download, this talk is definitely a must see.