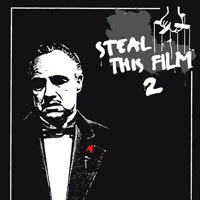 The League of Noble Peers are delighted, after more than a year, to release Part II of STEAL THIS FILM. In this film, we have tried to go beyond the current discussions around file-sharing to look at what kinds of social change are precipitated by massive changes in our capacity to communicate. We think the changes wrought by networked, peer distribution are historical on the scale of the printing press and here we try to explain why.

For many of you these argument will be familiar. These are strange times, in which to many of us the battle already seems to have been won. And yet we have to accept that all the time harsh laws are being enacted, lawsuits levied against innocent people, arrests made – all intended to destroy or delay what is an inevitable change in how we look at creative work. We hope STEAL THIS FILM II can be useful in bringing new people into the legions of those prepared to think creatively about the future of distribution, production and creativity.

It has been an exciting and demanding year for us and we really hope you will enjoy the work we have done. It would not have been possible without the the thousands of donations you have given us.

Thank you.
The League Of Noble Peers
December 2007

For other versions check
http://stealthisfilm.com