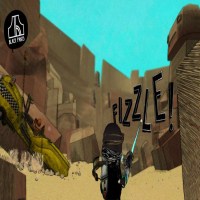 Tiny and Big: Up That Mountain

Tiny and Big might still be in its Beta stages but it’s already generating a fairly good buzz among many gamers. For one, the game features beautiful graphics, lovable characters and a cool gameplay; pretty much everything you could possibly want from a game!

Created by Black Pants Game Studio, it became a 2011 Student Showcase Finalist. Its amazing graphics, quirky gameplay, and odd storyline add to the beauty of the game. In fact, it’s hard to let this one pass by without even trying it out for yourself.

The game is available for free download in various formats, including Mac, Linux and of course, Windows. Check out this game now!

In the game you play Tiny, a technophile that had his magic teleporting pants stolen by Big. Of course, the dude wants his pants back and armed with his cool weapons, he sets out on a quest to find Big and retrieve his pants. It’s a 3D puzzle game where you have to make your own path by cutting up portions of the landscape using your laser. You’ll find huge floating islands with big monuments decorating them. You need to use these monuments and move them around using your hook in order to figure out a way to get to the next portion. Much of the environment can be deformed but not everything.

Controls are quite simple and very easy to learn. Although there are some gamers who complain about the muddy mouse control, it still works good. Considering that the game is still in its Beta stage, that’s sort of forgivable. Hopefully, they’ll improve on it later on.

Save points are placed in key intervals so even if you die, there’s really no need to go back and start again from the beginning. The graphics are top notch and very beautiful. It’s hard to think you’re just going to cut it up and destroy it, but doing this is still quite fun. For now, the levels are limited but you can easily explore the vast landscape around you. Soundtrack is also a bit sparse yet it’s still very entertaining.

Overall, the game is worth checking out. Cool game, great graphics and an amazing gameplay; it’s everything you need in a game and much more.