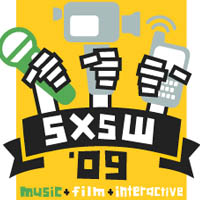 The South by Southwest (SXSW) music festival is one of the largest and most popular in the United States. For the fifth year in a row, SXSW has released a DRM-free, RIAA-safe collection of songs totaling 6 GB, which can all be downloaded for free, thanks to BitTorrent.

For some of the previous editions, SXSW itself has offered torrents showcasing the artists scheduled to perform at the festival. Starting last year, however, SXSW stopped releasing a torrent of their own.

Since all of the mp3s are available for download on the festival’s site, it only takes one person to get a torrent up and running. Last year it was Greg Hewgill who took the time and effort to put all the MP3s into one big torrent, and for the 2009 edition Ben Stolt did the same.

Since there’s over 6 GB of DRM-free music, using torrents makes it much easier than laboriously downloading every MP3 separately. In addition, using BitTorrent instead of the server based system saves SXSW money in bandwidth costs.

There are three torrents for the 23rd SXSW edition which contain a record breaking 1267 MP3s of both upcoming, as well as established artists who will appear at this year’s festival. Needless to say there should be something to suit everyone’s tastes, and all in all it’s a great way to expand your horizons and discover new and upcoming artists, all for free.

This year’s SXSW music festival takes place from March 18-22 in Austin Texas. All the tracks released for the previous editions are also still available for those people who want to fill up their iPod without having to invest thousands of dollars.

Please keep the torrents open as long as possible after downloading! These packages are huge – by seeding the torrents you help others download the content faster.