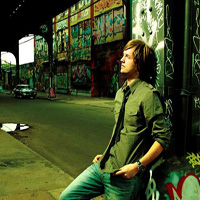 Nick Howard – Something to Talk About Sampler EP

Nick Howard’s Something To Talk About Sampler EP contains three of the ten songs in his 2008 Something To Talk About album. For an independent artist, Nick Howard has certainly gone far in the mainstream music industry. He has been featured by different television networks and companies – MTV, BBC, Tommy Hilfiger, and Lifetime, just to mention a few. He has already been featured in the Vogue magazine and has been in different television series shows like The Hills and Army Wives. His music has also reached the movies Knuckle Daggers and My Sassy Girl.

Nick Howard is very active in the live music scene, with everyday performances in different bars throughout New York. Some of the places where he has already performed include Spike Hill, In the Q Cafe, and Mercury Lounge. He also regularly  performs in United Kingdom, where he grew up.

Listening to the songs of Nick Howard remind me of similar contemporary artists like John Mayer and Jason Mraz. I love how the songs in his sampler EP are easy to listen to, with his crisp voice blending well with the instrumental background.  I Don’t Really Care shows not only the outstanding quality of his voice, but also the catchy melody of his songs.

With the attention Nick Howard is getting from fans and music critics alike, I won’t be surprised if he gets his big break this year.