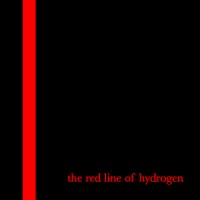 Folk rock musician armed with skillful guitar work and emotional vocals. After spending time online looking for info on Lambert, I came up with a page on Jamendo and Last FM, nothing else. It’s either this guy appreciates his privacy (frustrating for fans) or he simply dropped off the music scene altogether. If its the latter, then too bad because Talley Lambert can certainly evoke great emotion with his music.

The Red Line of Hydrogen is the artists’ first album and was recorded back in 1999, supposedly at the age of 17. Lambert is capable of creating modern folk rock music that definitely hits you right on the sweet spot.The Red Line of Hydrogen compiles 10 acoustic and very personal songs by Talley Lambert. Each track is guitar driven and recorded with passionate vocals that seems to resonate with heartbreak, loss or generally a sad reverie. The singer cites Jeff Buckley, Mark Knopfler, The Grateful Dead and Ani Difranco as among his favorites.

The Red Line of Hydrogen and its guitar driven tracks certainly bring to mind a modern day Jeff Buckley with less awesome but still impressive vocals and equally heartfelt melodies. Majority of his compositions are simple and easy to sing along to. Moreover, Lambert does make sure to branch out of the mold a bit and showcase his impressive blues style guitar work in the title track, The Red Line of Hydrogen.

In Puzzle, the artist exhibits his command at raw acoustic guitar performance while Could’ve Been has a slightly upbeat reggae jam yet it’s still laid back enough to let you play it on a quiet Sunday afternoon.

Although the artist seems to be off the radar at the moment, The Red Line of Hydrogen is certainly a great piece of compilation. It is released under creative commons and all 10 songs are available for download for free.