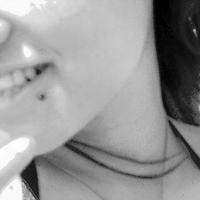 I’d heard a few newer tracks from No Hair on Head before downloading this older full-length album, and to be honest I was expecting straightforward club music.

But clearly this Spanish band has changed a lot since their debut effort, as Walking on Light bears little resemblance to what the group have done more recently.

Walking on Light is an album full of surprises. The heavy trip beats that kick off the first track, with the strangely fitting “my lips” sample, bear nearly no relation to what happens further down the tracklist. Styles range from lounge bossa-nova, to straight electronica, to pumping club tracks. There’s even a bit of reggae feel in there, in small doses. I can certainly see that these musicians are children of the Spanish club scene, but they’ve done their best to make this album more electropop than Ibiza.

For the most part, the tracks are instrumental, with a few samples and vocal riffs here and there. The emphasis is on beats, and though the beat tends to shift quite dramatically from track to track (and sometimes even within tracks), the overall package is still quite danceable. Clearly there was some thought put into track order, as the energy level is cleverly controlled throughout the album. After the first few tracks, there’s a break at the halfway point with “Fiesta en Bogotá” and “Sin Ti,” which give a short interlude before kicking back into high gear with “Fashion Jungle,” a track so new-wave retro you could send it back to 1981 and it would blend in seamlessly.

In short, I think this is a great collection for anyone who appreciates the differences in various flavours of dance music. If you’re looking for a more predictable collection of dance tracks for your next party, No Hair on Head’s second album is also available on Jamendo, and it’ll give you all the danceability you could possibly ask for.