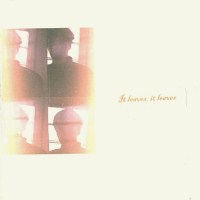 It Leaves, It Leaves is a Belgian indie band that certainly knows how to create lovely folk pop that in places can sound like it was taken from the Elliot Smith rulebook. There’s not much information about this band or the main person behind it, except that he’s from Belgium.

Released under PERKuNowA label, this self-titled album is the 5th release for the label so far since its inception. Compiling 10 melodramatic cuts; the album is a melancholic, slightly haunting indie affair. It is a moody record that reminds you of heartbreak, dark rainy morning skies and a love lost forever. If you are up for a record that brings you good feelings of sadness, then this should be right up your alley. The album is available as a free download under the PERKuNowA site or right here on Frostclick.

There’s no denying that the artist is heavily influenced by Elliot Smith. From the subtle slightly high pitched melodramatic vocals to the intricate finger picking, you sense a brooding feeling of anguish, heartache and even slight satisfaction in the tracks.

Some of the more interesting tracks to watch out for includes the melodic, The Night. The cut is a slightly haunting song that exudes a dark atmosphere. It’s topped with very subtle vocals that make the song quite endearing. The folky sounding, It’s Not Death But What’s Dying With Us, is another track that adds a nice diversity to the compilation. Meanwhile, Shape Without Form, is another cut that shows this artists creativity when it comes to pairing moody instrument work and samples onto his tracks.

Overall, listening to the record does feel like you have a dark cloud hovering overhead. Not that this is a bad thing though, instead it creates a beautiful atmosphere of reflection and melancholia.