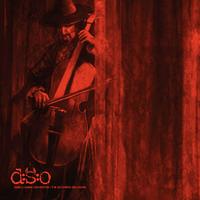 A lot of times, the kinds of music which leave impressions in your memory are out of this world, weird-sounding and unconventional. Take Tet Production’s Boum Boum album as a good example – once you start playing it, you are not going to be sure as to how the next tracks would sound. With fresh and intriguing styles of hip-hop, electro, jungle and dance genres all in one album, Boum Boum is a very different album which is sure to leave a lasting impression in your musical mind.

Boum Boum features 13 tracks, with a great diversity of genres mixed together in one album. From broken beats to electronic sound effects, there is nothing usual about this album.

The album as a whole is a nice addition to your ambient music collection, providing a nice background when you are chilling with your friends, eating chips and drinking some beer. On the other hand, some tracks can also pass for dance parties, and the beats would make you want to dance even more.

Hailing from the famous city of Paris in France, Tet Production is actually just Patrick Sainton. He has been making music since 1995, and has now 8 available albums in Jamendo, all under the Creative Commons licenses.

Some personal favorites would be Yepa, a nice upbeat track, mixing electro-music with a taste of house and trance – perfect for those times when you are getting ready for a party. There’s also Saute Mouton with a nice combination of slow, broken beats and bells, paired with that woman singing Sweet Sensation (and we bet that you’ve heard that voice before.) And Boing Boom Party is another great upbeat track to listen to, especially when you are just starting your day.

Most of the songs are instrumental, combining scratches with beats and sound effects with unusual electric sounds, resulting in songs which are quite hard to describe – you just have to listen to them on your own; we’re sure you’d find it interesting as much as we do.

This work is licensed under a Creative Commons Attribution-Share Alike 3.0 Unported License and is available as a free download in Jamendo.