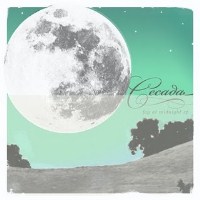 Cecada’s debut EP, Fog at Midnight, resonates romance with their moody indie tracks. It’s a mixture of quiet solitude and mystery that makes you want to relax yet be on your guard. Cecada hails from Tulsa, Oklahoma and was formed back in 2007.  This six track EP is filled with evocative sound that combines dark folk, indie pop and even silent dreamy shoegaze rock.

Fog at Midnight successfully mixes a variety of musical genres without really losing the album’s identity. The band is made up of Brian Rawson, Dougal Hansen, Micah Clopton, David Council, Andrew Bones and Mark Kuykendall.

This short EP is available for free download on the group’s BandCamp site or right here on Frostclick. Enjoy a moody yet catchy dark folk compilation when you pop this into your player. Fog at Midnight opens with the synth infused acoustic track, The Nighttime. Brian Rawson has a lethargic quality to his voice that lends beautifully to the moody atmosphere of the cut. The violins and hazy sounds that surround the single adds layers of mystery to this awesome track. After this treat, listeners are welcomed by Handspots. Opening with simple yet beautiful guitar work, it’s not long before Rawson’s vocals dominate and breathe life to the song.

Meanwhile, Moonshine is perhaps the quietest track in the album. It’s also the one that showcases a deep folk influence for the band. The strings and (again) Rawson’s voice add a depth making a stunning statement to the piece; filling you with a calm sweetness that’s hard to ignore.

Cecada is a band that’s worth watching out for. Their beautiful eclectic sound signals a beginning for their music to grow and develop. There’s definitely more to come from this band and certainly, I’ll be among those waiting. Great compilation to check out.