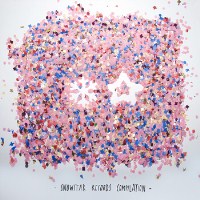 Snowstar Records is a Dutch indie label that has been releasing some of the best new bands in their part of the globe since 2003. Several bands that belong in the label’s lineup include I am Oak , The Subhuman, The Secret Love Parade and Grapes of Grain, just to name a few.

To celebrate their 15th release, the label decided to compile some of the best tracks from their roster into one great thank-you album for their fans and supporters. The Snowstar Records Compilation features 10 cool tracks that hint at indie, folk, rock and even instrumental music.

You can download the compilation from their Bandcamp site by trading in your email. However, if you hate joining mailing lists (like most of us do) then simply click on the download button right next to the songs you like. You won’t have to enter your email when you do this. Give it a shot. This cool compilation opens up with Lian Ray’s indie folk pop track, These Things We Can’t Repair. Opening with subtle guitar strumming and a slight English accent; the cut is quite pleasant and catchy especially when it gets to the chorus. It’s a beautiful opener that sets the stage for all the other tracks in the record.

The Secret Love Parade’s Always You, on the other hand, is a cute pop song that features beautiful female vocals. The melody is exquisite and triggers a slightly melancholic feel. The band is made up of two females from Holland with a penchant for a 60s pop vibe. Meanwhile, Gold and Porcelain from I am Oak, is the kind of indie folk that you’ll love to listen to on a serene, relaxing afternoon. I am Oak is actually Dutchman Thijs Kuijken. He creates his minimalist/acoustic sound by combining his hypnotic vocals, samples, organ sounds and banjo. One of my personal favorites in this compilation.

The compilation is capped off by Master Solo’s Instruments. The track is a combination of folk, electronic, experimental indie pop sounds that add plenty of interest to the single.

Listening to the record showcases the awesome talent that Snowstar Records has on their fences. It’s a compilation worth checking out for sure.