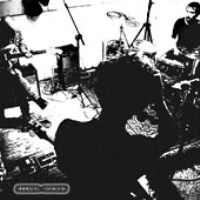 Italian band Silver Rocket is making plenty of good noise in the indie music scene. Ever since releasing their five song self-titled EP last November 2010, the three-piece crew has been gaining plenty of interest.

Creating a punk and alternative concoction that is catchy and enjoyable; this 26 minute EP is released under German netlabel, afmusic, and offered absolutely free. Enjoy a great blend of garage rock with heartstopping beats, dirty guitars and straight out rock and roll.

Most of the songs on the EP are typical, but that’s one of the biggest strengths of the record as well. The compilation comes with an unmistakable, predominantly likable sound that most of us might expect from garage alternative rock. It starts off with, Crank It Up, and its Bloc Party-esque drumroll, then progresses to a more indie hipster sound with hipster vocals and monotonous bass lines. It’s probably one of the most memorable tracks in the EP which also makes it the perfect opener for this cool record.

Meanwhile, Viktor, is one of the slower tracks in the record. The vocals reminds me of Julian Casablancas at his best; carefully balancing that hipster growl with a jaded “I-don’t-care” attitude. The band also created a video for this song. On the other hand, Walked Away, is a long, slightly progressive cut that swells with instruments. It starts off quite mellow and shifts gears on the 2 minute mark; transforming the song into an alternative garage affair.

Even though they are often criticized in their country for singing in English, the three-piece don’t allow criticism to stand in their way. They are looking for various ways to market themselves abroad and they’re also gearing up for a full album debut.