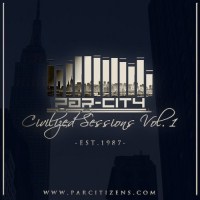 Par-City is a Bronx rap group that knows a thing or two about creating good quality hip hop music. Formed back in 2009, the three piece crew is made up of Willy Dope, Anti, and GiF the Great. The three have been rapping together since 2003 although it wasn’t until later on when they established themselves as an actual group.

Civilized Sessions Vol. 1 is the group’s latest release and is composed of various samples as well as great beats. So far, it has garnered more than 70,000 downloads and have been featured in various prints and media avenues such as Source, Vibe and HotNewHipHop to name a few.

If there’s one thing you can count on Par-City to do, it’s knowing how to create mixes that’s both engaging and intriguing. Opening the album with a snippet of German band, Nena’s hit single, 99 Luftbaloons; the song progresses into a rap fest with the boys hitting the right notes and busting out an awesome laid-back beat.

A few other tracks that should give you a good idea of what the group has to offer include The Statement which features Wisconsin born rapper, Jay Maven; Hard Times and its smooth vibe; and finally the final cut, Home, which flows with a nice electro sample.

Even though the band is only a few years old, they’ve managed to gather up a good following. They’ve also opened up for artists like Ice-T and Slick Rick.

Together, all three members write, record and engineer their music; creating a lovely fusion of sound that showcases all of their strengths. They’re definitely a group that’s at the forefront of the New York undergound hip hop scene so go ahead and take a listen. It’s one of those albums you really shouldn’t pass up.