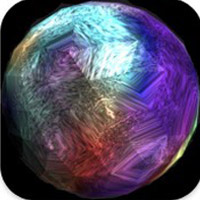 The game was created by Richard Olson and thanks to the rendering it’s become quite realistic and interactive. Some people have even reported experiencing motion sickness while playing the game. If in case you do, you might want to stop playing the game altogether. Meanwhile, for those who do have a stronger stomach, the game is available for free download under iTunes.

As with most free games, there’s an option to go ahead and buy the full version but I think the free version is worth it especially if you’re just trying to see whether the game will work for you or not. There are 8 levels included in this one and each level is different from the other. There are plenty of crazy turns, obstacles and blind drops within each one.

The game is quite entertaining but there are several things that could be improved. For instance, during restarts, there’s often no pause after you die. Once it restarts, you automatically start rolling again close to the area where you died. This can become disorienting as you’d half expect for there to be a slight pause before you go back to the trail.

Another problem that some people complain about includes the lack of sensitivity with the device.  It would help if players calibrated it first. Adjusting the sensitivity of the iPad will provide a better handle when it comes to tilting the screen. There are times when doing a simple left or right turn means having to exert effort in tilting the device which makes it quite troublesome.

Overall, the game is fun to play. Apart from the minor inconveniences, it’ll certainly keep you busy for a couple of minutes at a time.