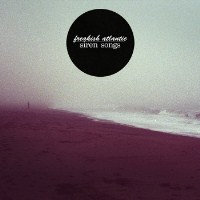 German band, Freakish Atlantic, specializes in mellow and dreamy electro indie pop that wraps around you like a comfortable hug on a cold winter morning.

Filled with a fusion of electronica and folkish new wave, you wouldn’t think to imagine that the entire EP was actually recorded right inside a bedroom one “rainy summer in 2011.” Standing behind-the-scenes for the band are Berlin musicians, Marius Gutowski and Florian Sekula.

Siren Songs is a 5 track compilation that can easily pass for a night capper or something you leave playing as you drift off to dreamland.

Title track, Siren Song opens up the record with a nice guitar buzz and some twinkly sounds. Considering that this is a bedroom recording, the quality is a bit hazy but this lends itself well to the sweet vocal work. What’s especially nice about this track (and the entire album really) is that there’s a sincerity embedded in it. There are no big sounds with complicated synths and instruments, instead it sparkles in this simple folk pop beat that makes you want to cuddle in your bed all day long.

Each track courses through with this heartfelt mood. Esther, for instance, gorgeously combines mellow synths along with beautiful lyrics. It’s probably one of my favorite cuts on the EP thanks to the lyrics and just the general vibe. Despite the slightly uptempo beat, the song tells the tale of someone who is slowly losing grip on life.

Overall, the EP is a great release to check out. Capturing a little bit of what the band has to offer, Siren Songs easily convinces listeners that the band is one to watch out for. They’re currently gearing up for a full album debut but for now, take a listen and grab the download.