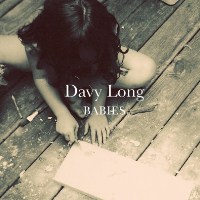 Davy Long: Babies (Side A)

Downtempo folk acoustic group, Davy Long, brings in sleepy lullabies in “Babies.” This acoustic, folk pop album is filled with quiet, lofi tracks with a touch of psychedelia. For the band’s first official album, it seems to be treading on the right path.

Davy Long compiles music that’s ambient, delicate and a bit eclectic. It serves as the perfect mood setter for a lazy, gloomy morning. According to his website, the artist grew up in Japan for some time in his life. It wasn’t until he moved back to the United States though that he recorded and released this record. His album is currently available for download under a creative commons license. This quirky artist adds that he aims to be “constantly on tour” as a musician.

Babies, compiles 10 mellow, acoustic tracks that sound as if it’s a mix of The Shins and Elliot Smith’s B-sides. Although the recording quality leaves much to be desired, it does work great with the mood that he wants to convey. Like any good mix, there are certain tracks that do shine through. Jenny, is a beautiful cut that eerily sounds like Elliot Smith came back from the grave. Title track and opener, Babies, has a nice tempo. On the other hand, if you like to go the mini freak folk route, Ghost Child#23 works great (especially near the ending.)

For the most part, there are really good tracks tucked inside this compilation. The songs, however, sound similar to each other and doesn’t provide enough variety. If you like your music with uncharacteristic tempos and rhythm changes or challenging chord progressions; you won’t find it here. However, if you just want moody quiet acoustic folk music, then better pop this one in the player.