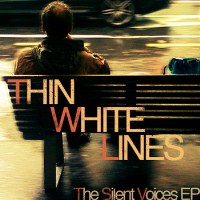 Fancy some alternative punk rock music? You can get your dose with Thin White Lines’ latest release, The Silent Voices. The album came about after these Aussie natives got a little bit weary of the music they were making. They wanted something louder and edgier with a more punk rock feel, hence, they came up with this brand new explosive sound.

This record is the band’s debut EP. It comes hooked with 5 original singles which were all recorded in a matter of 2 days, mastered by the band members and then released back in February 2011.

The group was initially made up of singer/songwriter Alex Ward, bassist Ben Wright and drummer Ryan Thomas. They were later joined by James Dimick on drums while Ryan moved to do guitars and backup vocals.

Throwing in one punchy track after another, the album opens with a loud and brash title track. Silent Voices has all the makings of a good punk rock single as it rolls with catchy guitar riffs, loud drums and shouty vocals. It’s an energetic cut that welcomes listeners with a bang. Bino, on the other hand, is more melody oriented. It still has that spunk but the boys have clearly made it a point to showcase their sensitive, harmonic side as well.

The final three tracks, Best Damn Secret, Cheap Tricks and Way To Save Your World, all feature the same energy the band started with. Every now and then you’ll see hints of other genres that the boys dabble in. For instance, the final single carries a more danceable electro pop beat than any other single on the record.

Thin White Lines might not push the boundaries of alternative punk rock with their sound but they’ve definitely created a fun and enjoyable record with The Silent Voices. Take a listen and grab the download if you like what you hear.