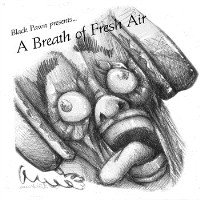 The Black Pawn: A Breath of Fresh Air

A Breath of Fresh Air is a hiphop compilation released by Pawn Structure Productions. Spearheaded by record producer and artist, The Black Pawn, the album compiles works by various artists under the indie hiphop netlabel.

From main man, Hank McCoy to Sol Infinite and Epidemic; the album is peppered by talented underground/up-and-coming artists in the hip hop world. The album itself comes with 14 tracks that revolve around easy-listening, hip hop music. With likable beats and smooth rhythm, the album exudes a retro vibe throughout. It’s a lot like listening to a 90s rap/hip hop record with a very slight modern twist.

Perfectly creating a balance between great rhymes, lyrics and samples, the album lives up to its name by giving a “breath of fresh air” to typical hip hop songs we’ve seen and heard before. It makes you feel as if you’re given a chance to experience the person and his passion instead of just hearing them rap about bling, girls and cars.

The title track, A Breath of Fresh Air, features a refreshing blend of synths, samples and good rap skills. It showcases a laid-back beat and the lyrics are definitely spot on. Refusing to call himself as a “rapper,” Sol Infinite prefers to be acknowledged as a musician with no limits. And by listening to this single, you can tell he definitely bring his A-game to the track.

Another cut I enjoyed include the smooth, Carter G. Woodson. The person its referring to, Carter G. Woodson,  was one of the first people who studied and recognized the importance of African American history. One thing I like about the record are the random tracks that interviews the rappers themselves. Tracks 4, 6, 9, 11, and 14 provide insight into how the artists themselves feel and think about being a rapper. With a cool beat accompanying their answers, they talk about how they got started, what their influences are, what they want people to get from their music, and their message to those striving.

Overall, the record isn’t the type that blows you away on the first run. However, it’s almost guaranteed that you’ll find something special as you listen to the songs over time.