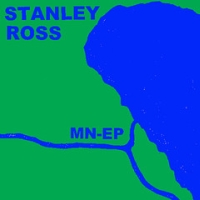 Get carried away as Nicholas Meiers aka Stanley Ross (vox/guitars) takes you on one journey after another in his transition themed release for netlabel Rock Proper titled MN-EP.

MN-EP has something for the old rocker soul (Have It All, Bicycle) and the younger ones (Dream On). “Have It All” will remind you of the sound of yesteryears’ rock, which is not necessarily a bad thing if you’re into it. “Bicycle” is for those who love the blues, and know what it’s like to wait for someone to “come home.” It will pull up all your misery and make you sing out all the pain for a much needed catharsis. I played Bicycle two more times after hearing it for the first time.

It’s easy to understand why the album brims with the sound of authentic bluesy rock. Afterall, the album was recorded in Turtle River, Minnesota with Gary Burger of the 60’s legends The Monks.

Next to “Bicycle,” my other favorite is the most current-sounding song in the album, “Dream On.” It just turns the rock mode all the way up with Meiers’ powerful vocals and the very engaging power rhythm of guitars and drums. Towards the end of the song, you’ll find yourself singing along, It’s all right, you can dream on, just turn on those headphones! This album definitely deserves your attention.

RockProper.com is a new netlabel, launched in 2009. Starting off with a light number of 20 artists, it has so far delivered over 30,000 full record downloads to international music enthusiasts.Mezzamo’s signature sparkle and chill out tone.