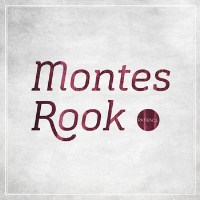 Mixing folk music with some enchanting vocals, Montes Rook is a cool little trio from Montgomery, NY. The band is made up of Drew Guido, Jean-Marie Dean, and  Noah Meyer; the members aren’t exactly new in the band scene. They’ve spent some time in various other bands before coming together to record this sweet compilation.

Drew and Noah have been friends since they were young and have dabbled with different musical genres before settling with this indie acoustic piece. Afterwards, they finally drew the courage to ask Jean-Marie to sing for them. The result was this pleasing trio and their sound.

Citing influences such as Brand New, Pinback, Death Cab for Cuite, and The Weepies; Montes Rook creates music that is both laid-back and enjoyable. Patience is an 11-track record that was released last May 2011. Much of the songs on here employ acoustic guitars and male as well as female vocal work.

Title track, Patience, opens up the album features skillful guitar plucking that’s coupled with Jean-Maries folkish, slight Joanna Newsom vocals. This one would feel right at home in some romantic or feel-good indie film’s soundtrack. Meanwhile, You Don’t Know Jack, brings to mind Rodrigo Y Gabriela’s masterful handling of guitars and percussions. The only difference of course, is the vocals included on this one. It features a duet from both Jean Marie and the boys. Upbeat and coupled with good lyrics; it’s a song that’s worthy of exploring. The band ends the record with a live track titled, Reason To Do.

Overall, Monster Rook creates songs that are both fun and easy to listen to. These songs don’t require much thinking, instead you can just put it on, play it the entire day and simply enjoy.