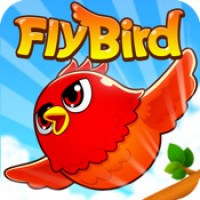 Revolution is in the air and it’s happening in your own bathroom!

From the magical house of ESMA comes another animated wonder in Au Poil! (English sub-titled version) by Julie Duvernelli and Nicolas Perraguin.

This short piece takes its place in the revolting human washroom where objects have been ranked into a caste system—the glamorous jobs and the filthy ones. When the toilet scrub and cotton buds try to overthrow the lipstick and perfume spray, a messy riot is bound to happen.

The film reeks of toilet humor flawlessly sprawled throughout its 5-minute runtime. I love how it introduces us to a lot of fresh and unique characters. The production value was top-notch, from the graphics, character design, voice over and musical scoring.

Technicality aside, the story in itself is a miniature model of the proletariat system. It’s a battle for privilege and freedom executed in a humor-cracked way.

Overall, Au Poil! is a highly-amusing and visually enticing French animation with a message. It’s that kind of film that’s not afraid to get dirty.