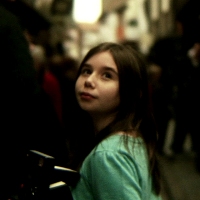 Encapsulating beauty and innocence, My Favourite Things is that kind of film that you’d want to watch over and over again.

Directed by Edward Styles under kidswithcrayons production, this five minute short film shows the innocent tale between two friends who meets in the most unlikely manner. It has already rounded the festival circuits including a latest selection on the Little Big Shots International Film Festival last 2011.

Upon watching, one powerful characteristic of the film is the stunning color grading. It gives a nostalgic and sentimental vibe that fits well with the story’s theme. Actors Amelia Cook and Theo Styles were also perfect for the roles as their talent and charm exudes from frame to frame.

All in all, My Favourite Things is a splendid watch about love and simple child’s play. So download, press play, and let this one-of-a-kind film touch your heart.