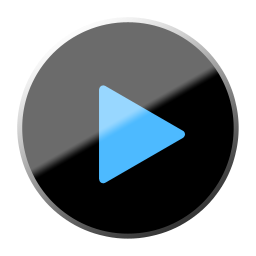 Android is a great and powerful operating system, one that turns our smartphones into truly great and exciting ‘toys’. Unfortunately, it does come with few small shortcomings; the major one being the default video player. HD movies just don’t feel the same and the time bar and play/pause functions can turn the player into a somewhat annoying friend.

So here comes the MX Video Player that is all set to raise the coolness and productivity quotient to a new level altogether. Developed by MX Technologies, the app is slick and fits perfectly within the new age Android eco-system. Lets take a look at the offerings of the Freemium app.

The MX video player is very effiecient and streamlined, playing HD videos the way they were meant to be played and mostly benefit the dual-core processor device users. In a local test conducted between the default Android Video player and the MX player on the Samsung Galaxy S II, the Full HD 1080p video playback via the MX player was not only sharp and crisp, but rendered shadows and details to a higher degree.

The developers of the app claim a jump of 70% in overall performance improvement in dual-core devices compared to the player installed on single-core variants. This performance jump is all due to the Multi-Core Decoding integration within the app and the difference is instantly noticed.

The app also intelligently uses optimized video codecs and rendering engines for selected processors, such as ARM NEON and NVIDIA Tegra 2. What really is a cool feature and speaks about the players capability is the function to Pinch Zoom a running video without any lag (only on dual-core devices). Even the subtitle readability is great on this app due to the inclusion of thicker border and shadow around text.

Overall MX Video Player is a great video playback app for Android devices. The plus side is the rendering of Full HD videos is what really makes this app rock. Some Android reviewers even suggest Google should offer the Pro version of MX for free to all Android 4.0 devices over the default player. This app should hold a permanent position in the app drawer of every movie-buff. Surely a must have at no cost at all.