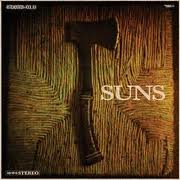 How annoying was it for iOS users to constantly look out for pdf readers on the App Store, but never be able to lay their hands on the Adobe Reader. So, all iOS device users, your plight has ended, and Adobe Reader is finally a member of the iOS clan.

Adobe Reader has been the most used PDF document viewer for years, with full support for PDF Portfolios, password-protected PDF documents, and Adobe Livecycle rights. Whats more, users also get the functionality to print PDF files wirelessly via AirPrint.

Earlier iPad, iPhone, and iPod Touch users were heavily dependant on thrid-party PDF readers, and often complained about the absence of the Adobe version. The Adobe Reader, brings in a plethora of options, from searching text within the file, selecting singles-pages or scrolling through the entire document, zoom-in functionality and more. Also, it adds high-grade security features with the highest PDF encryption of AES256, providing complete peace-of-mind while sharing crucial data in PDF format.

The Adobe Reader app for iOS supports a number of languages: English, Chinese, German, French, Italian, Korean, Polish, Turkish, and many other languages, making this the most used PDF reader around the world.

The app comes in with its own set of limitations though. Users cannot sync files with Dropbox and share files across computers and devices, no functionality to arrange PDFs into folders, no editing capabilities, and no ability to add annotations. This offering from Adobe is the perfect solution for users, looking just for a PDF reader and nothing beyond.

Adobe has entered the iOS ground quite late adding its app to a number of many alternatives already doing well in the App Store, many offering much better functionality. The decision which app to use will remain up to the users who will have to decide between the brand name & increased stability or much richer functionality of independent apps. In either case, the numbers will be interesting to watch.