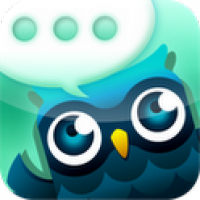 In our fast-paced lifestyle, being in-touch with friends and family is of utmost importance and therefore a slew of Instant-Messengers have blocked the respective app markets spoiling the consumer for choice. The latest Kid-on-the-block is Cubie Messenger, the app that garnered huge some sweet download figures within a short span of time.

Cubie Messenger has been created by Cubie and though they are new entrants in the app scene, the response that the app gathered is just overwhelming. So, how does this messenger hold its ground against the already established old-players, such as WhatsApp, ooVoo, Viber, LiveProfile and Ebuddy? Lets check it out.

The mascot of Cubie is an owl (Definitely the connection to olden days, when these birds were used to pass on the message) and makes the whole app logo look quite appealing. The sign-up process is fairly simple, with the app requiring the user to enter their phone number, and a verification code is sent via Text or through voice confirmation. Though the iOS version says it is compatible with iPad/iPod Touch, it actually is not due to the absence of the telephony function.

Unlike most messengers on the block, Cubie does not access your contact book and adds friends to the chat list. Instead, the user is required to add friends via a Cubie ID provided on signup, a hassle to some extent, but can be lived with the functionality provided. User-Interface is clean with vibrant colors and a marble white theme all through the app.

The feature that really blows other messengers out of the water is the ability to draw free hand images and share with your friends. Yes, with Cubie Messengers, users have access to a large number of preset emoticons, but also puts creativity in the forefront. Images are easy to draw and with the availability of eight colors, ideas come to life.

Overall, Cubie does its fair-share as a messenger and provides an amazing experience with the free-hand drawing function. It would have been a real steal, if the messenger was brought to tablets as well, thus increasing the entire user-base and expanding cross-platform messaging to cross-device messaging.