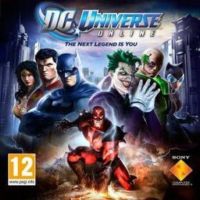 DC Universe Online is an MMORPG that places you right in the midst of the DC comics universe. Published by Sony Online Entertainment, all the major characters from DC comics like Superman, Batman, Wonder Woman and villains like Joker and Lex Luthor are present. You’ll get to develop your own character that can join the side of the heroes or villains.

Just like other MMORPGs, DC Universe online has a leveling system, inventories, and endgame progression and most of the world is public rather than having villains and heroes own specific territories. Once you have chosen a unique character you’ll have to decide who your mentor will be. Among the heroes the choices are Batman, Superman and Wonder Woman, and for the villains they are the Joker, Lex Luthor and Circe. Your location, quests and rewards will be determined by the choice you make.

The starting destinations are Gotham City or Metropolis both for the villains and heroes. Your character may also go to the Secret Society of Super Villains headquarters if you’re a villain or the Justice League Watchtower. As you play the game your character will also be able to explore other zones.

DC Universe allows PvE (player versus environment) as well as solo player vs. the environment via open air missions and PvP (player vs. player) combat. You can also play in the Legends PvP where you assume the identity of well known characters and there are PvE cooperative missions available as well.

Gameplay is very smooth here, and the fact that all the popular characters from the DC Universe are here makes it a blast to play.