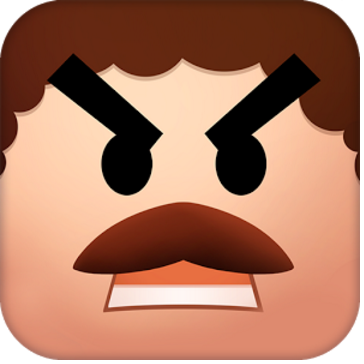 Beat the Boss 4 is the latest edition of the popular Beat the Boss series from Game Hive. If you’re tired of complex mobile games that require lots of time to invest in, then you should take a look at this as it’s aimed at gamers who want something more casual to pass the time and relieve stress. And just like before, Beat the Boss succeeds.

If you have never played the game before, the idea is simple: you are an employee and you’re given the chance to beat your boss up, and there are a lot of ways to do this. Beat the Boss 4 has 10 maps and several stages, and you can use different weapons to beat your boss, and lots of them are customizable so it’s not like you’re going to get tired of it anytime soon.

The game also has a multiplayer option so you can beat multiple bosses simultaneously, and those who’ve played the game before will be familiar with the mechanics and concepts. If you’re new to this, choose the weapon of your choice and start shooting your boss at some distance. As fun as it might be hit your boss up close, it’s safer to shoot from a distance because he’ll jump at you.

Beat the Boss 4 has not changed much in the sense that the basic gameplay is the same, but now you have more bosses to beat and more weapons to choose from. If you’re stressed out and want to take it out on a mobile game, this is a good choice. Just remember it is just a game.