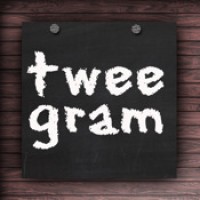 In search of an all new way to tweet? Well than, say hello to Tweetgram. The app lets you play around with pictures and various fonts for a more intuitive way of self-expression. Tweegram comes from the makers of Instagram, and allows the user to publish all his/her thoughts on their Instagram timeline.

Tweegram gives users the freedom to choose from multiple of templates, then choose a font style, write the message, publish, and Voila! The image is uploaded on your Instagram timeline, as well as your Twitter account. Basically, Tweegram kills two birds with one stone, with the message being treated as a picture on Instagram; and as a Tweet-in-picture on Twitter.

Coming to the User-Interface, the app looks really slick with it’s non-cluttered approach. What will make hardcore Tweeps jump with joy is the updated Tweegram version 1.2, which eliminates any limit on characters. Wow! The app also provides an all-new option to upgrade to the PRO version for $1.99 from within the app itself. The PRO version comes armed with newer templates and effects for your very own pictures.

Overall, the app is great for users who are hooked to Twitter and love sharing pictures with their “followers” in real-time. The added functionality to share pictures on Facebook, Tumblr, and other Instagram apps heightens the entire social-networking experience.