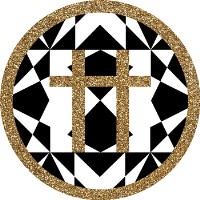 Age is no excuse not to make a great record, just ask Howl. This little electro, ambient project is helmed by 18 year old Josh Banham aka Howl. This isn’t his first piece either as he’s been releasing several mini compilations for awhile.

This is actually his first non-digital release. Each piece of the physical CD is handprinted, although listeners can also grab the digital record at a name-your-price option.

Trippy and melodramatic, are two words you might find yourself describing this record. Filled with 10 cuts that range from 1-4 minutes, the compilation provides a beautiful escape. Named after a race track in Hong Kong, Happy Valley is an important place for Howl since according to him, this was the place where most of the cuts here were “dreamt up.”

Although the album begins with HV, which serves as more of a prolonged intro rather than a track by itself, the cut runs close to 2 minutes and serves as a doorway into the complex and cool world inside.

Forests, begin the compilation proper with a single haunted by trip hop beats and melancholic vocals. It’s a slow and slightly cerebral cut. Meanwhile, Falling, is a hardcore mix of sounds. Elements of electronica, dance and ambient atmosphere are present in this somewhat dark and gritty track.

All of the songs on here were written and performed by Howl with the exception of The Himalayas, which sounds like a celebratory track coupled with 80s British synth pop vocals.

To sum up, this is an unexpectedly likable record. Despite being very low-key in certain instances, you’ll find that the songs have that special touch that makes you want to listen to what the singer has to say or in most cases, want to communicate through ticks, beats and rhythms. This is a worthy download if you ask me. Check it out for yourself.