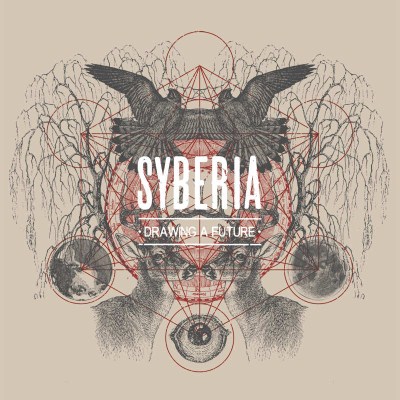 Post-rock enthusiasts just might find a favorite in Spanish band, Syberia. Made up of Xavi Forne, Oscar Linares, Kandro Dillinger, Carlos Alonso and Oscar Caselles, these guys create a thick wall of instrumental rock that will keep you warm in the dead of winter.

Gathering influences from bands like Isis, Tool, Mogwai, Mastodon and Caspian, they create a hypnotic layer of sound in each cut.

Drawing a Future is the band’s debut compilation and was released last September 2012 at a name-your-price download at BandCamp.

Renaissance kicks open the doors of the compilation as it balances between post rock and metal. The soft opening riff plays on for about a minute before giving way to a richer, not to mention, louder barrage of guitar riffs and cymbals.

One of the best cuts on the record, Colossus Collapse, is as big as its title sounds. The song provides layers of sound in epic proportions. It highlights the contrast between strong and soft while creating drama and mystique as it goes.

Stepping out of character, Red Dawn sees the band exploring their quieter side for a tad bit before introducing distortion. There’s an air of victory and triumph enveloping the track; making for an inspiring listen.

Drawing a Future underneath it all, provides a good ray of hope with a promise of victory. Sort of like a light at the end of a tunnel, each track has its way of beckoning listeners to head towards the light. It’s a beautiful compilation that should satisfy any prog metalheads out there.