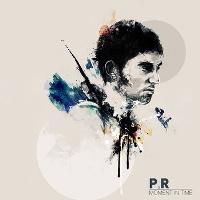 Aiming to bring you the freshest talent from around the world, Cult Classic Records (CCR) serves us P.R.’s Moment In Time.

Pedram Rouzbehani, better known as “P.R.”, is a Sydney-based producer who translates his love for music, life experiences, and cultural upribringing into tasteful sonic offerings. Drawing inspiration from his environment, P.R. describes his sound as “feel good music” that fuses multiple genres of current and past trends. His musical influences include DJ Premier, Nujabes, Kanye West, and Alchemist, to name a few.

His debut mixtape Pre-Heated released on January 2010 which featured artists from around the globe bagged 10,000 downloads and was features on numerous websites, magazines, and radio programs. Currently, P.R. is expanding his jazz-infused hip hop into the Asian music scene.

Teeming with seven crisp tracks, Moment In Time showcases a handful of different genres such as lounge, hip hop, jazz, and many more.

Starting things up is Set The Scene. Featuring artists Skyzoo & Substantial, this opening track is clad in sharp lines and thick, beat-heavy production.

Encapsulating P.R.’s distinct sound, Our Spot ft. Alphamama channels that right dose of lounge-y feel with jazz vocals and steady flowing beats. Emerging from the same mold as of the previous track, Long Walk is a seamless arrangement of sensual melodies earning some effective romantic musings.

In We Will Make It ft. Cise Star & Blu, P.R. breezes through funk and edge with samples of chill-out percussion layered with vintage audio and solid rapping.

Time and time again, P.R. has proven his talent to combine a variety of genres to create flawless tunes. This latest release is a standout example of his great potential as a music producer.