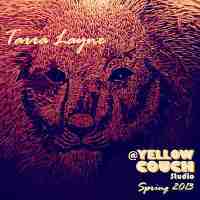 Add some spice into your night with Tarra Layne’s The Yellow Couch Sessions. Edgy and sharp, the collection released in April 2013 features some punchy blues and rock to energize your soul.

The Yellow Couch Sessions was recorded live in a small studio in Pittsburgh. It features three tunes that created a buzz with thousands of downloads, which earned Tarra a steady following.

On cue, Cherry Moonshine welcomes the ears with razor-sharp arrangement that parallels Tarra’s fiery vocals, which has the right touch of rasp to give the lines a kick. The electric guitar play-ups are also fluid and well-placed to highlight each well-penned lines.

In Heated, Tarra belts out with some beautiful rasp and clear delivery. The build up from stripped down drum beats to a beautiful mess of guitars and drums is surely energizing. The rock and blues arrangement is flawless and easily digestible even for new ears.

Hit the Ground Running closes the collection with a pleasing mix of Tarra’s signature timbre, rapid rock n’ roll beats, and soulful notes to keep the listeners hooked. The song features some Southern swag and contemporary stylistics that are tasty enough to make fans salivate.

From start to finish, The Yellow Couch Sessions is a grab-bag for those looking for empowering materials to boost their spirits.