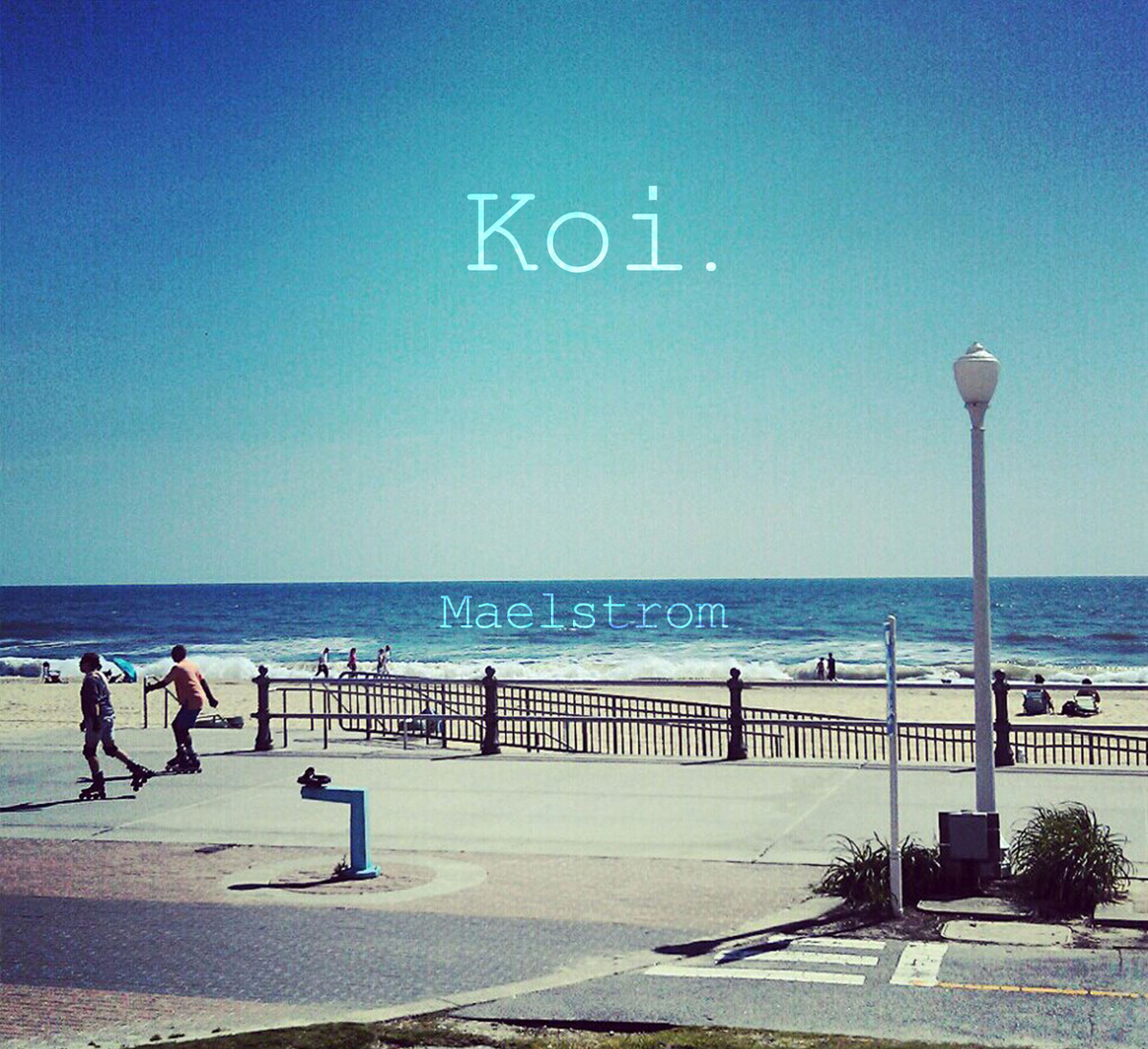 There is something unusual yet engaging in Maelstrom, electronic act Koi’s debut album. It sounds like an addict gamer’s soundtrack to a 12-hour game binge with its 8-bit hooks, dynamic loops and morphed sounds.

Maelstrom’s cover art is that of a beach, blue with waves lapping at the shore. This is appropriate to the album’s whole vibe as it sets you on a relaxing ride with nothing but the sun on your face and the slight mist of ocean hitting your skin. The Virginia Beach talent and producer has came up with a summertime record reminiscent of Tycho and Tanlines.

Opening track Ginseng is an easygoing listen but still packs a punch. It is the kind of beat that can send you into euphoria with its steady beats and engaging downtempo. It has a sense of sereneness to it with its more controlled beat but manages to soar as it opens up more on its last few seconds.

Another standout track is Lime, a more pop-sounding song mixed with nostalgic Nintendo beats. Listening to this song makes one imagine a Japanese-themed game full of pink hues, anime eyes and bubbly characters. It is a well-crafted whimsical track meant for lovers of electronic, pop, and experimental music. If you are looking for music that sounds dreamy and makes you look at the world through rose-colored glasses, Maelstrom is for you.