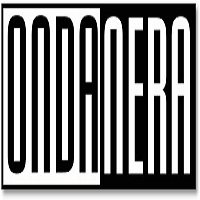 Snappy is a Windows application that allows you to take screenshots. There’s more than a few of these available, but Snappy is free and easy enough for even a casual computer user to use. Developed by OndaNera, it’s a very basic but useful utility.

Snappy doesn’t install anything on the Windows Registry and you can even run it on a portable drive because it runs on its own .exe file. When you launch the app you’ll see its very simple interface. The menu consists of Capture, Image, Tools and Help. Just use the Capture option to grab portions of your desktop, selection, or window. Snappy can also capture selections or fixed areas. If you’re having trouble seeing the item, there’s a magnifier built in.

As a screen capture utility, Snappy works pretty well, but it’s got a few more tricks up its sleeve. Once you’ve captured an image you can go to the Image menu and apply a transparency mask, drop shadow, grayscale or twist. Adding a curve effect is easy as is embossing.

The menu options also let you resize an image without too much distortion and you can add color noise to an image as well. Captured images can also be converted into mosaics. For all its functions, Snappy runs very quickly and doesn’t take up a lot of resources. The interface may look slightly outdated, but it doesn’t matter since you’ll have no problems finding out the tools you need to use.

Snappy bills itself as a screen capture utility, but it’s a bit more than that as it has more than a few image enhancing tools as well.