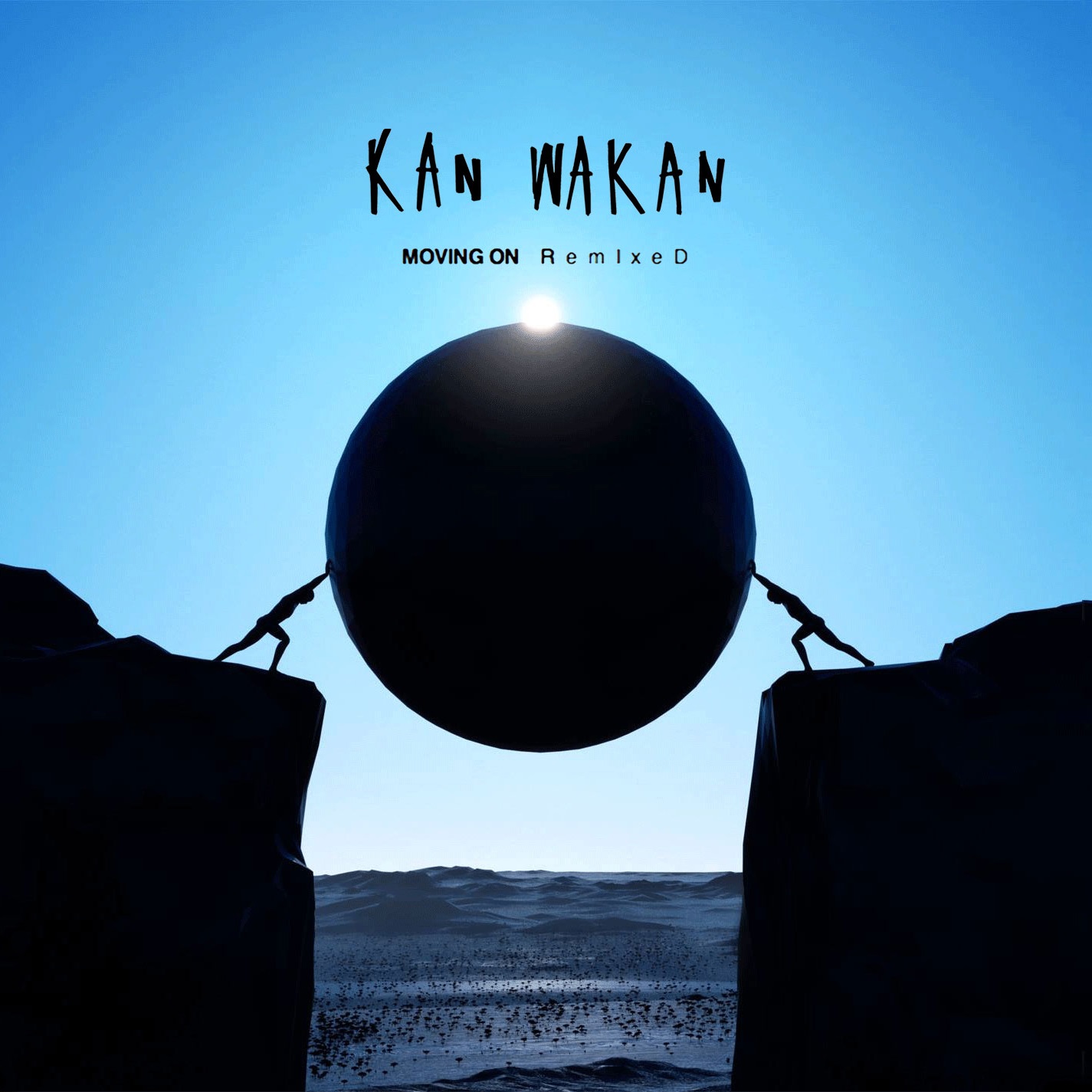 Celebrating the spirit of remixing and continuous innovation, LA-based duo Kan Wakan (Crooked Waters and Peter Potyondy) have teamed up with a confluence of collaborators to release a 24-track compilation of remixes of their successful debut album, Moving On.

In Moving On Remixed, the duo treats neo soul lovers not only with remixes by their favorite producers, but also a never-before-released demo material. The free album, available via Noisetrade, is a sure-fire way to reboot your mood from the stressful daily grind.

The collection opens with Like I Need You (Wet Remix), which features some signature neo soul characteristics such as strong female vocals, conscious-driven verses, and an eclectic musical arrangement that aims to develop a unique sound outside the norm. Ambient melodies are layered and twisted with electronic tunes, creating friction and rhythm in every note.

Following with waves of soulful, ghostly vocals that overlap one after the other, Why Don’t You Save Me (NoMBe Remix) features a pleasurable blend of electronic tunes and chimes that are punctuated with pauses to create an organic, pulsing beat that will make you bump and move.

Moving On (Lester Burnham Remix) opens up a jungle of synthesizers, drum machines, and modern ambient vocals. Listen as electro-manipulated samples stretch and reverberate, setting the stage and giving way to rich vocals that create a smooth chill-out atmosphere.

The collection closes with an unreleased demo, Lotusland. The song balances between ambient influences and guitar-induced arrangement, enveloping the ears with a blanket of psychedelic modern sound.

Another great addition to the 24 remixes in the collection is Sawdust (Joomanji Remix). Here, layers of electro ambient melodies are cut and interspersed with each other to create a gradual, slow-burning celebration of drum machines, glowing tunes and sporadic beats.

Moving On Remixed can be considered as a reinvention of a paradox. Neo soul, with its mixed roots of classic soul and out-of-the-box elements, is re-twisted to create remixes that not only emphasize neo soul’s raw beauty, but also showcases its flexibility as a genre.

So download, press play, and let Kan Wakan satiate your thirst for a fresh new sound.