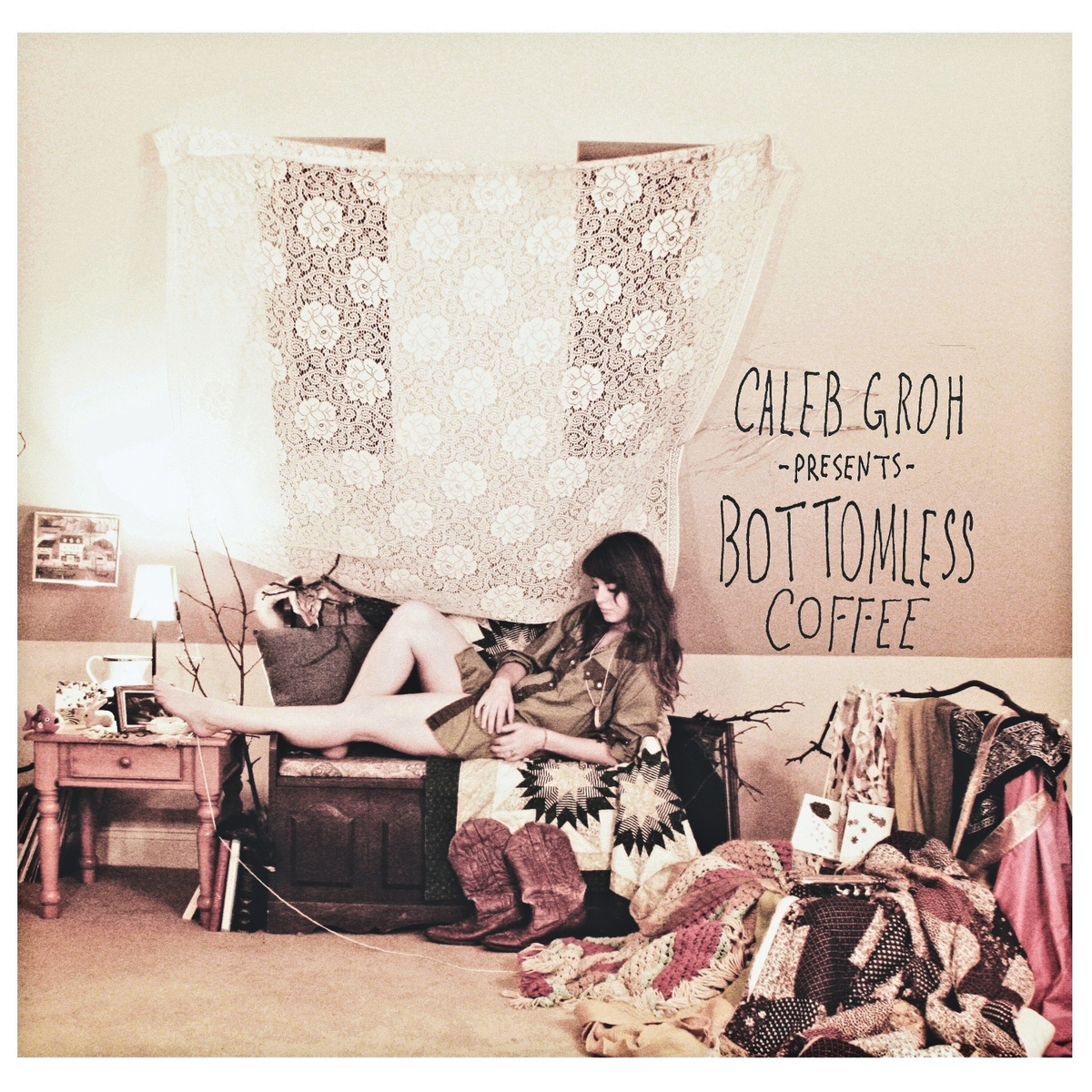 For the coffee house days, Celeb Groh‘s music is like gold. Not overwhelming, yet beautifully entangling – everything you would expect from an artist who has been around his craft since he was 13 years old. So go ahead and check out his lovely music album Bottomless Coffee. It’s there waiting to be heard.

“Nashville-based Caleb Groh (pronounced GROW) has been (…) jumping genres from album to album, with his signature, descriptive and hard-hitting lyrical style (comprising historical, biblical, and mythological figures in fictional contexts) as a constant adhesive.

Caleb grew up in Connecticut, California, New York, Florida, Boston and Nashville, whose landscapes and cultures give his songs a wide range of scenery and inspiration.”

“He released his first album, titled Homemade, as Happiest Lion at 16 years old. Mammoth Moon followed in 2010, with two Christmas records close behind as Caleb and the Caroling Caravan. In 2011, he dropped the moniker Happiest Lion and released Down, Dakota! as Caleb Groh, followed by Bottomless Coffee in 2012, which won him a Boston Music Award for Folk Artist of the Year.”

There is more of Caleb Groh’s melodic folk songs coming soon. So if you like what you hear be sure to click some of the links below to stay on top of any new releases.