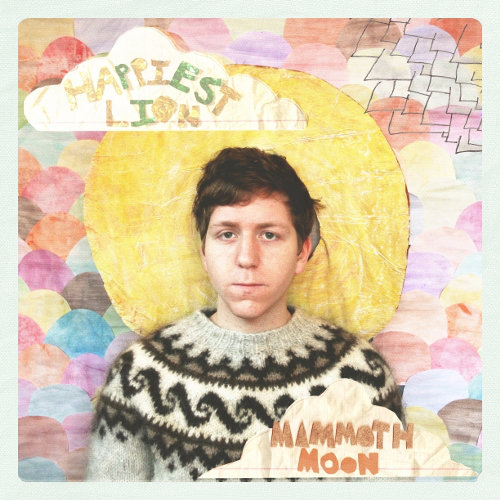 Caleb Groh is The Happiest Lion, but his music isn’t as peppy as his moniker suggests. It has more of a melancholic side to it reminiscent of Ryan Adams and Bright Eyes.

What must be noted is that Mammoth Moon was released when Caleb Groh was just 18. This in itself is an achievement as there is a certain maturity to his music. He sounds as if he has been around town, singing at dimly-lit bars for his whiskey-swigging patrons.

The opening track, Lo, in the Leaves, is a song that immediately introduces you to the kind of musician he is – folk guitar arrangements and smart lyricism laced with sadness.

Roll, Break, Burst has soul to it, like a young Bob Dylan singing about redemption. The lyrics are piercing, the guitars are jangling and his voice sounds like a plea. He is a reminder that great artists need not be old or experienced to make an impact – they simply need to be talented.

Give Mammoth Moon a spin and be awed at the depth of talent Caleb Groh has.

Track list:
1. Lo, in the Leaves
2. Sacred Valley, Holy Water
3. Marigold; Love is a Lie
4. Cleopatra, Where’s Your Throne and What Is It To Me?
5. Harvester, Golden Gowns of Glee
6. Roll, Break, Burst
7. Annabelle, Rooftop Renegade
8. Eli has the Quarry Blues Again
9. Border Towns
10. Key to Your Kingdom
11. Thundercloud, How Could You?
12. Boyhood Blithe
13. Steeple and a Bell
14. Adelaide (Noon Train’s Rolling High)