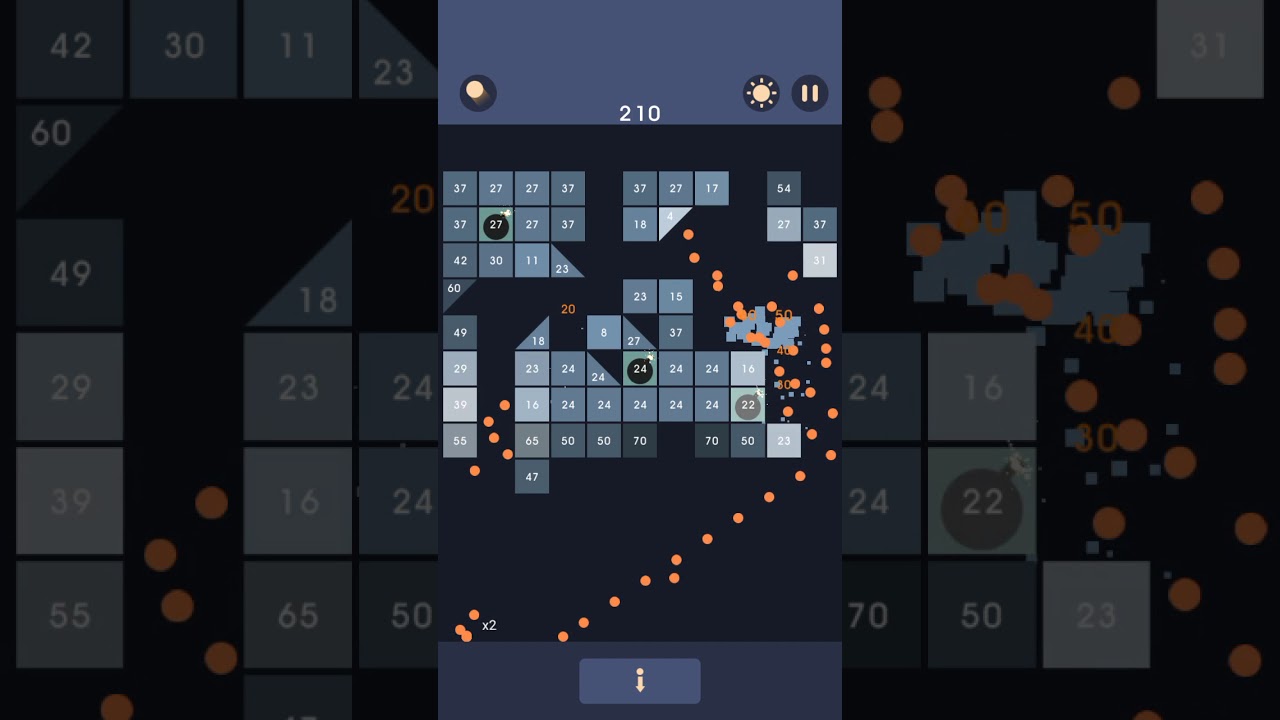 Bricks n Balls is a perfect example of how to make a good casual game, combining an exciting premise that also challenges your brain. Reminiscent of classic video games like Arkanoid, you can play this without a Wi-Fi connection so it will not consume your data. And that is a good thing as Bricks n Balls from Cheetah is hard to put down.

The objective is to destroy all the bricks, and you just swipe the screen and several balls will strike them down. Accomplish that goal and you move on to the next level. As you progress through the levels your score goes up and so does the challenge as the bricks slowly descend on you.

While the gameplay mechanics are straightforward it takes strategy and effort to advance to the latter stages. For instance, it is more effective to shoot the balls at angles as they will ricochet and hit more bricks. A straight shot, on the other hand, limits your options. By angling the balls you will take out more bricks.

Throughout the game, you will also be able to perform unique ball strikes, but you need to be choosy when it comes to using them. Your goal is to destroy ass many bricks as possible in the shortest time, so clearing the low blocks is essential.

The graphics are simplistic but that is not an issue given the nature of the game. The simple display and color work to Brick n Balls advantage as it allows you to focus on smashing those bricks.