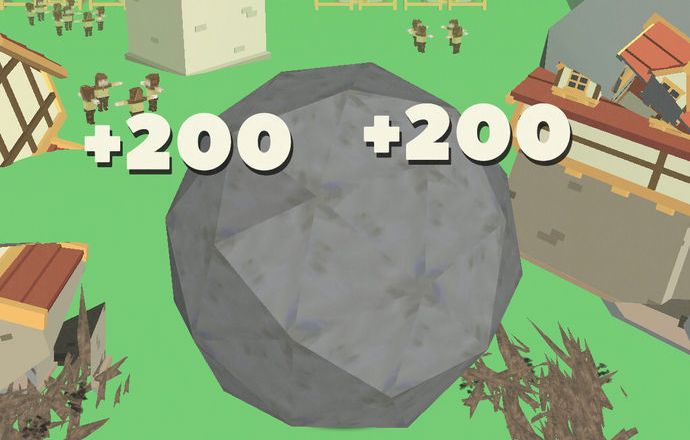 One touch mobile games are still popular among casual gamers, so publishers keep churning them out. The trick is to make them stand out from the rest, and that is what Voodoo did with Rock of Destruction. As you might guess from the title, it involves a rock rolling down and destroying everything in its path.

As far as one touch games go Rock of Destruction controls are among the easiest. You swipe and hold in the direction you want the rock to go and the rock will turn. You have to be careful and not press too long as the rock could spin out of control. The key to successful rolling is to hold brief and but solid swipes.

You can also do a flick swipe to slightly inch the rock over. This is a good technique to keep the rock on course or if you want to fine tune its position. This method is also going to come in handy when you are trying to collect gems that are in hard to reach areas.