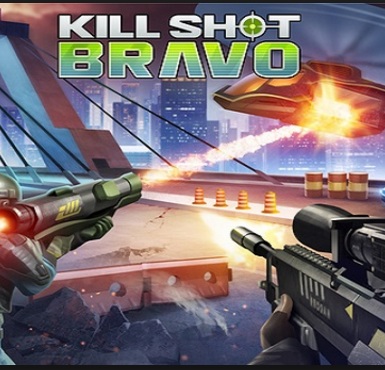 Kill Shot Bravo is the sequel to Kill Shot, and developer HotHead Games has upped the ante by taking the game online, allowing you to play with or duel against other snipers. Whether you played the original or not doesn’t matter since the game is easy to pick up as you try and become an assassin.

As a budding assassin you get to use a lot of weapons such as machine guns, assault rifles, sniper guns and so on. The weapons you use depends on the kind of mission you are assigned to, but the main game mode requires you to use a sniper rifle and take out various targets ranging from support characters to the big bosses.

You drag your finger to aim and pinch to zoom in. At the bottom corner is the fire button so when you acquire the target, just tap the button. When you fire, you’re going to see the succeeding events unfold in slow motion, a nice touch. The graphics for the game have also been improved from the original, and there are new Assault and Breach missions where rapid and accurate aiming is necessary as you’re among the antagonists.

That is a nice addition to the game and adds another dimension to Kill Shot Bravo, but it’s the PVP mode that really stands out. In PVP mode you play against other snipers or have a partner who will be your spotter. As fun as single mode player is, the PVP is even better and makes this well worth the download.