Ashley Riley: All the Pretty Things 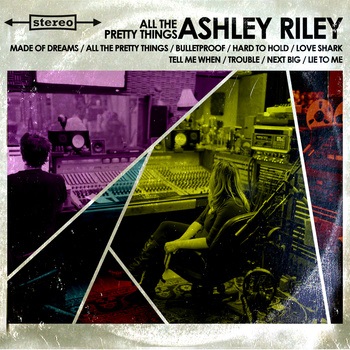 “I’m not made of money/ I’m made of dreams”, Ashley sings on the album opener Made of Dreams, and it’s hard not to believe her. To chase these “dreams”, Ashley started by playing anywhere and everywhere she could in her hometown of Decatur and also hosted open mics. She had what every upcoming musician should – an intense desire to express herself musically.

All The Pretty Things is a sophisticated set of pristinely produced folk and rock songs. Ashley shares her tales and emotions with a charming honesty matched with her sharp sense of melody. Her reverence for artists like Neil Young and Patty Griffin makes itself distinctly known in her songwriting and so does the aforementioned artists’ style of intimate lyricism.

Hard To Hold is a beautiful gush of pianos with Ashley’s smooth mellow voice gliding over, while Love Shark sees her at her angriest with electric and acoustic guitars teaming up to create a threatening mix. Tell Me When, on the other hand, is a gorgeously dreamy blend of melodies.

All The Pretty Things is an album not to miss for fans of folk and singer-songwriter music, and neither is Ashley Riley.