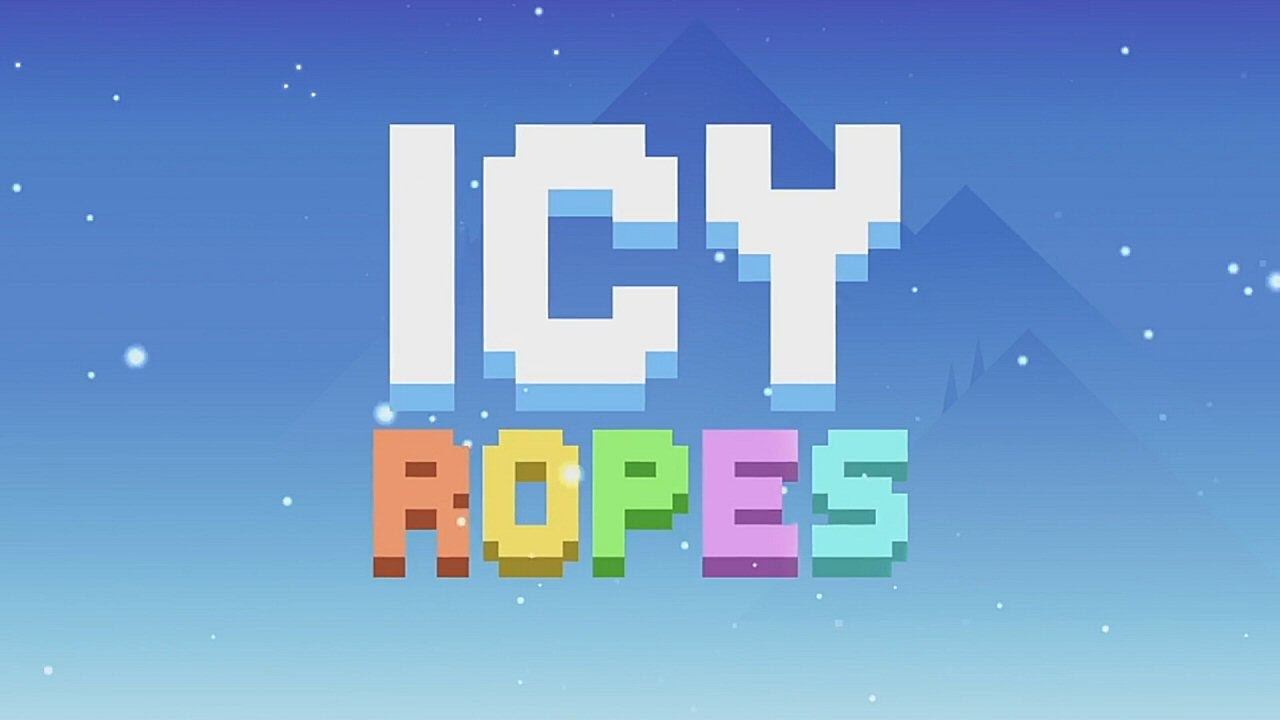 Icy Ropes from PlaySide takes you into the world of mountain climbing. To be more specific, you’ll be guiding two amateur climbers as they strive to conquer the ice. Like other mobile casual games, Icy Ropes is deceptively simple to learn but maddeningly – and addictively – hard.

Mountain climbing usually involves tying a rope to ascend, but in Icy Ropes you’ll be doing that as much to stay alive and move forward. Basically, the game involves helping the two mountaineers jump from one ice block to the other. Climb as many of the blocks as you can, using the rope tied between the two.

You long press to make the climber jump and you release to land on the next ice block. It sounds simple enough, and the key is to develop a rhythm as you play, balancing the climbers and making sure each jump is the right length. However, you have to be alert: since the two climbers are held together by a rope, if one falls and you don’t react, the other climber falls off too.

But if you move quickly enough and tap to jump, climber #2 – the one who hasn’t fallen off – can drag the climber #1 back up, pulling him up and landing both safely. This is a bit difficult at first, but you’ll get the hang of it after a few tries.

Sometimes the climber that falls won’t even land anywhere and just kind of fly around as you jump. This is okay as your goal is do whatever it takes to make it to the next ice block. Any way you slice it, Icy Ropes is one cool game.