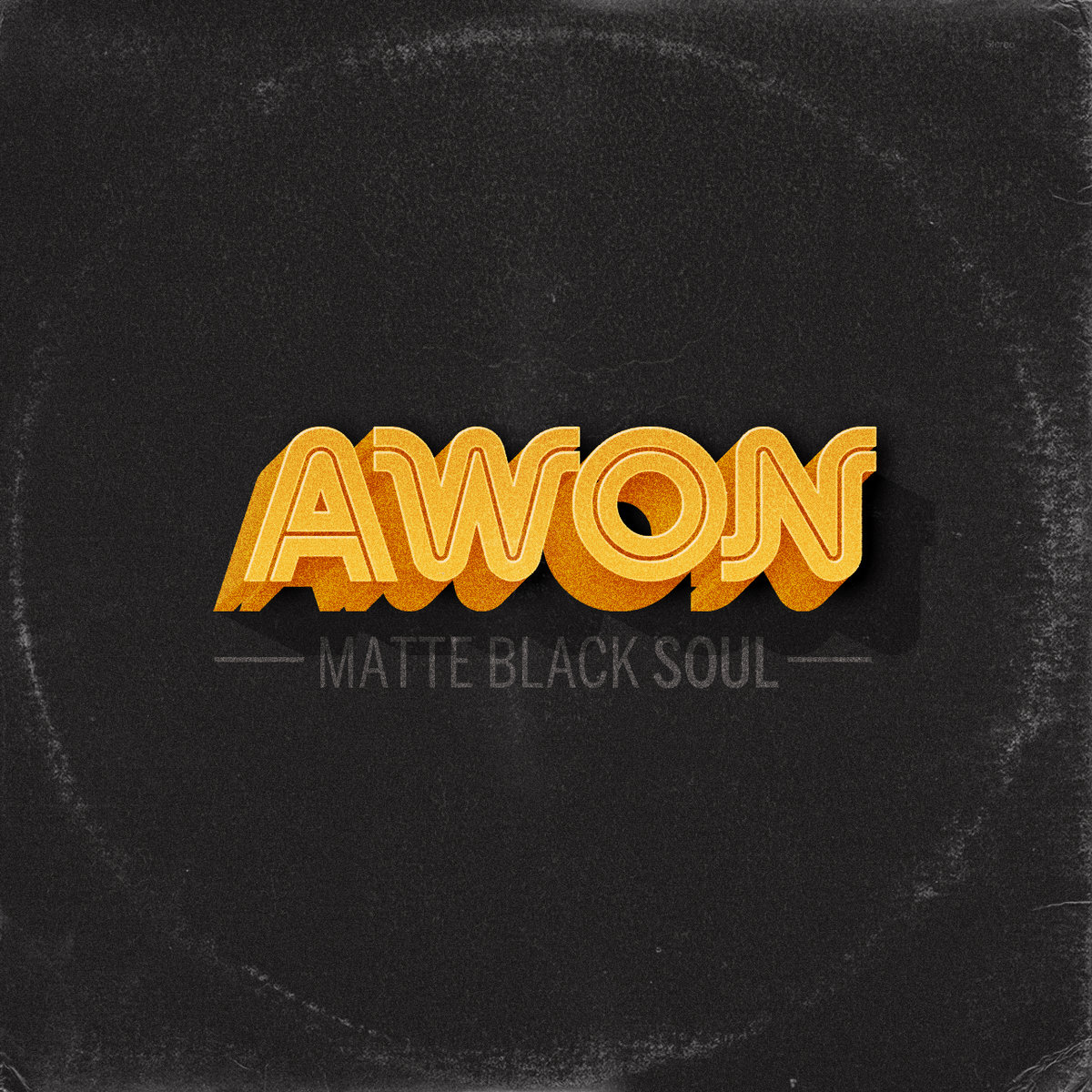 It’s an album for the dark days, as it will get you in a better mood soon. It blends the soul samples of yesterday with some great, more real hip-hop of today. With Matte Black Soul, Awon (real name Antwan Wiggins) is giving us what we always wanted – a down to earth, true hip-hop experience that masterfully blends the classic with the pop.

Awon has distinguished himself as an emcee from his early career. Born in 1980 in Brooklyn, NY his earliest memories involve graffiti lined subway cars, DJ jams across the neighborhood, and sounds of icons of the Golden Era such as Big Daddy Kane, Rakim, and Slick Rick. His teenage years continued to be filled with the “underground Hip Hop scene marked by smooth, jazzy production such as that of A Tribe Called Quest, Digable Planets, and The Roots.”

In 2006, AWON appeared as a feature on Canibus’s Hip Hop For Sale album on a track produced by Nottz. At the time, Awon was working with a crew, The Soul Students, on his debut album Beautiful Loser that was released on May 17, 2008 by Goon Trax Records in Japan.

Since then, Awon has been a figure in the new emerging Jazz Hop scene, working with close friend, Kameleon Beats to create distinctive sounds. Other collaborative efforts with producers such as Thomas Prime and Soul Chef were able to expand the sound to set a global presence. Currently, Awon is gearing up for a rerelease of Beautiful Loser in South Korea as well as a new album with Kameleon Beats, Brighter Days. Listeners can also expect a new album in the near future that will feature peers from within the Underground Hip Hop community.

Matte Black Soul was released in December of 2014. We know, it took us a long time to write about it, but we finally did.
It contains 13 great tracks that, again, are released as ‘pay what you want’ sounds. Which means you can definitely enter ‘0’ to get your free download, but if you like what you hear, if you get hooked, we encourage you to go back and send over Awon some love in the shape of few dollars. So make sure to give this one a spin. As one of the fans said it, it is the best “dedication to reviving classic hip hop through smooth, jazzy and soulful samples.”