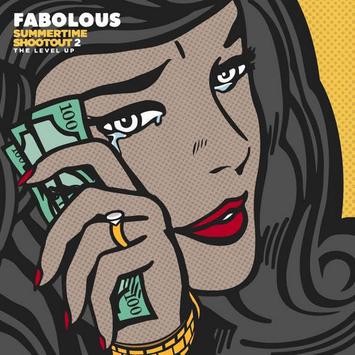 During his 15+ year career, experienced rapper Fabolous has been, almost perpetually, on the brink of a major ‘level up’ onto the mainstream. Although his breakthrough has never fully materialized, he has managed to amass something arguably more valuable: a loyal, ever-growing cult following that establishes him as a respected figure in the U.S. hip-hop scene, particularly in his native Brooklyn. His Summertime Shootout 2 mixtape, subtitled ‘The Level Up’, is the follow-up to his 2015 effort where he tries, with the help of some friends, to step up his game and become the massive artist we all know he can become. Does this release have the potential?

The production heard on Summertime Shootout 2 is a straight giveaway that Fabolous is not rookie trying to find his swagger. The cuts are expertly crafted, making great use of tension and repetition to carry his delivery, as evidenced on ‘To The Sky’, ‘Goyard Bag’ and ‘Check On Me’, to name a few. The beats create a complete, defined mood but with enough breathing space so that they never feel overloaded or clash with the rappers. It’s also a nuanced release, with softer moments where Fabolous talks about love and everyday drama in tracks such as ‘Faith In Me’, where he asks for a chance from his babe despite his race and reputation, and ‘Sex With Me’, a remix of the Rihanna song. The action is sometimes interrupted by phone call sketches where the album’s protagonists talk about the motivations for the record and their daily events. It’s a nice touch that keeps things fresh and personal, but you might want to skip them after a few listens. The little sound bits are great at providing context to the mixtape though, and that’s something to be appreciated.

Summertime Shootout 2 is as solid an effort as any for an artist such as Fabolous trying to ‘level up’ and become a household name, if he is not already under some circles. It will keep both cult followers and new listeners satisfied with its stylish presentation and balanced-sounding tracklist. A worthy addition to any mixtape collection.

Favorite tracks: To The Sky, Goyard Bag, Sex With Me, I’m Goin’Down, Check on Me