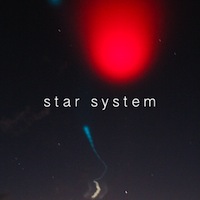 Calling all lo-fi electro pop lovers out there! Germany Germany‘s Star System is your next stop on your psychedelic journey. This EP released last July 2013 showcases nine impeccably good futurepop tracks to get your groove on.

Germany Germany is Drew Harris, an electronic-artist-come-software-angineer from Victoria, Canada. Since 2009, Harris has created three LPs and four EPs and has also performed in New York, Vancouver, Paris, Berlin, to name a few. He has also collaborated with various artists such as Steffaloo, Kotomi, and Arrange.

Apart from being a musician, Harris also does production and mastering albums like Arrange’s Plantation and New Memory, which were both featured in FrostClick.

Intricate folk strings in Youth open up the album in a positive vibe. The sustained string plucking is slowly paired with different instruments (violin, drums) and electro tunes to create a steady chill-out track. The song’s beauty relies heavily on its ability to not demand the listener’s full attention, but rather effortlessly absorbs its way into any environment, making the listeners pulse in their natural rhythms.

In Find Your Way, whimsical strings tread flawlessly with sounds of nature. As the track builds up, sporadic beats and humming vocal samples are added to create a eccentric, gripping arrangement.

Clocking in at five is title track Star System. Spread some cosmic love as rhythmic electro tunes and spacey melodies induce just the right amount of sonic high. Apollo features some engaging tunes with a nostalgic piano arrangement and lo-fi melodies that extends throughout the piece.

Luminescent wraps up the collection in relaxing melodies perfect for weekend drives. Press play and let smooth, sailing beats transport you in your ideal comfort zone.

Star System is a coherent, solid collection of laid back tracks that will have you craving for more. This album is just purely good beats that does its job and has a strong staying power.