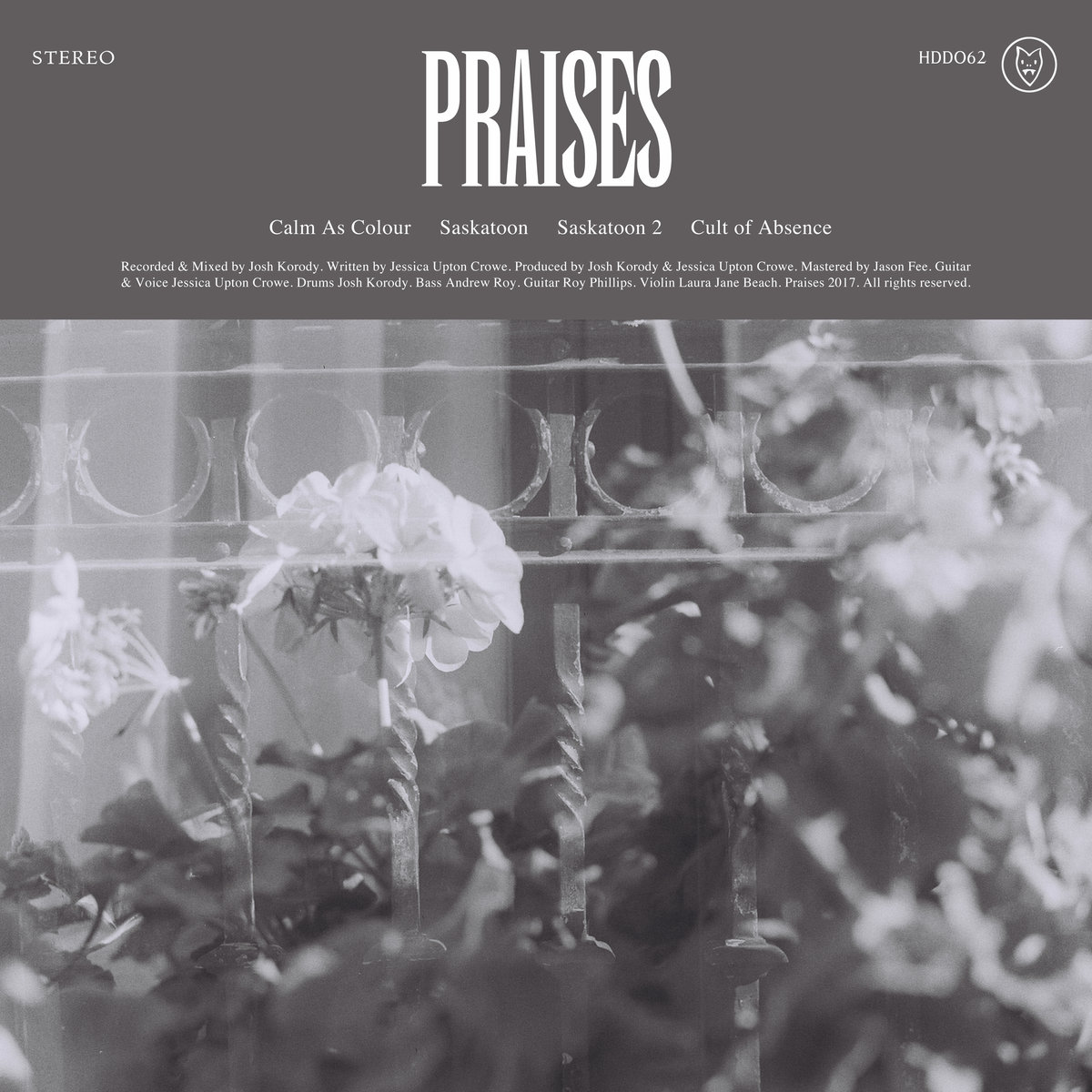 Indie-rock songstress Jesse Crowe has been a force in the bustling Toronto rock scene for quite a while now. Her work as a member of the duo Beliefs, along with Josh Korody, has garnered her acclaim for her refreshing take on the shoegaze genre and has led her to perform all over the globe. But Crowe’s musical ambitions haven’t ended there. In 2014, she released a solo EP under the moniker Praises, presenting us a renewed style and aesthetic. Now, 4 years later, she returns to serve us a second helping with EP 2.

While the sound of Beliefs was a diverse blend of post-punk, electronic, and rock, Crowe abandons it all while making music as Praises. Her style is more focused and her songwriting more dream-pop oriented. As her soft yet domineering voice glides over the mix, reverbing guitars entwine with swelling violins to paint a dark, almost-gothic aura – a sensory experience one would have while wandering deep into the woods. It is haunting, nostalgic and intimate all at once. While the record’s mood and atmospherics may be its most striking aspects, there is enough pop songwriting meant to latch onto you and refuse to let go, like the catchy guitar riff on Calm as Colour or the track Saskatoon 2 which is almost as upbeat and dance-able as a mainstream pop rock number. EP 2, in all, is a testament to Crowe’s prowess and adventurism as a musician. Though just 4 tracks long, many may view it as one of her most immersive works till yet.