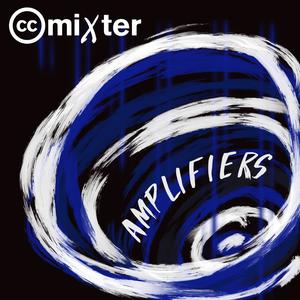 Amplifers from CCMixter consists of 13 tracks with political / social themes. Several artists and musicians are featured in this collection and the genres range from pop, rock, electronica to western and everything in between. With the current political landscape in the US, these kinds of songs serve as a reminder of what’s going on while still giving us listening pleasure.

Lay Me Down is a pop number that tackles  the #MeToo movement through vivid lyrics, while Belly of the Biased Beast is all about rhythmic electronic beats, memorable strings and the vocal prowess of Kara Square singing about fake news and fake leaders. Amplify the Light offers hope in a fractured political landscape, and it is quite the atmospheric number.

Tracing My Steps marks a shift in tempo and genre, as it tells a riveting story in country western style. This is followed by Rise Above, a dance track that combines 90s rock with electronic pop. Hands Off the Internet brings to mind old school hip hop with funk, and the lyrics are crystal clear why politicians keeping their hands off the Net is for the best.

Flip the House features powerful drums and bass, while Get Out and Vote fuses modern dance elements with classic touches, all the while ensuring the message isn’t lost to the listener. Bipartisan Blues is a solid blues rocker that dives in to the problem of political divisiveness, and it is followed New Americana, a stark look at America today.

Like the Shifting Sun is a gut wrenching song about people torn apart and affected by immigration, while Surrender Your Weapons uses alt rock to express the problems of gun violence. Finally we have Hope is a Dangerous Thing, a song that when you listen to it, encapsulates the message in the entire album.