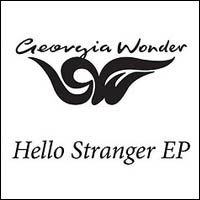 They describe their music as “The Carpenters driving Tom Petty to an R.E.M. gig but getting crushed under the wheels of Pink Floyd’s tour bus while arguing over whether to listen to ‘Love Shack’ by the B52’s or ‘Go your own way’ by Fleetwood Mac.”

They were initially discovered by ‘whispering’ Bob Harris. He played their demo twice within a short period of time on his Saturday night show on BBC Radio Two. Georgia Wonder recently performed with Simply Red’s Mick Hucknall “on a sell out 7 date UK tour culminating with two dates at London’s Ingig02 at the dome (playing in front of over 14,000 people!).”

They were very warmly welcomed by Simply Red’s fans and gained some new followers themselves. Among others, Georgia Wonder has also been invited to play at the London American Embassy on election night alongside Glenn Tilbrook from Squeeze (and our sources say, that’s a big deal in the UK!)

‘Girl You Never Knew’ got these awards:

‘Girl You Never Knew’ is one of the most captivating songs I’ve every listened to, and the music video only intensified the feeling.

Georgia Wonder has been a very innovative and hands on with promoting their own music. They’ve organized the ‘Hello Stranger CD Campaign’ where they’ve left CD copies of their EP all around the UK and beyond asking people who find them to listen to the music, pass it on, and leave a comment on the band’s Facebook page (they are actually up for the Interactive Award for the campaign concept – vote for them!). They’ve created band profiles and uploaded their music to most of the biggest music sites out there, so their fans don’t have to choose a platform to connect with them.

Now Georgia Wonder wants to go a step further and engage the peer-to-peer community by distributing their free EP ‘Hello Stranger’ through FrostWire. You can download and share a torrent that includes the five high-quality MP3s, album art and all the lyrics.

When asked a question about the record industry, Julian Moore said:

The record industry, like so many other media industries, has fragmented so much that a whole different beast is emerging with many different heads. The upside is that emerging artists who are tech savvy can go a very long way on their own, the downside is that this is now expected of you. The ‘record deal’ is now just one of many options an artist has in a world of choices – but it’s been that way for a long time, the internet has just speeded up the proliferation of choice.
The internet is a word of mouth machine, and if you have a new sound or interesting idea it can quickly go viral, which is a hard thing to manufacture – and it can compete with the power of expensive marketing campaigns. So many of the things a record company could do for you can now be done yourself. The industry of being in music is now what is important, which includes all aspects of the ‘music business’. The record industry is dead – long live the business of music.

Georgia Wonder wants you to download their EP, share it with your friends, post comments on their websites, spread the word through your networks, but most of all – enjoy the music.

This is a screenshot of a Twitter update made earlier today by the band Georgia Wonder, which agreed to promote their free ep here on FrostClick.

We think they’ve done well over 35 thousand downloads so far, but since the torrent is being tracked by The Pirate Bay, we can’t tell exactly how many downloads it has received so far since this number is not made public by TPB. (If you guys do track download numbers internally, it’d be awesome if you made an exception and told us)

Thanks to the FrostWire community for sharing this awesome album, and thanks to TPB for their world class free torrent tracking service.